The painting and maintenance of external woodwork is a project sometimes neglected or frequently put off, not because it is necessarily an expensive exercise but because it can be time-consuming and quite often involves working at height, which many people are uneasy with.

However, it’s one of those areas of home maintenance where a little time and money spent ahead of time can render huge savings in the long-term.

Where to Start with Exterior Painting?

To answer this question I turned to Keith Blenkinsop of Adstyle Decorators who I met a number of months back on one of the decorating forms I frequent, in short here’s what he had to say on the subject:

There’s every chance that you’re considering repainting the exterior woodwork as the present coatings are starting to fail or the timber itself is in a state of decay. Failing of finishes to external timber and damage to woodwork is usually caused by one or a combination of the following:

Fluctuations in moisture content causes expansion and shrinkage in timber, raising of the grain, dividing and distortion. A high moisture content in timber can cause paint films to lose adhesion and fail as well as cause timber to rot.

If the moisture content in wood remains over 22% for a prolonged time period then micro-organisms including fungal spores can emerge and lead to wet rot. It is essential that any new timber is treated with an appropriate preservative.

Sunlight can cause wood surfaces to weaken. Bare timber left exposed to sunlight over a duration of time will degrade and reduce its ability to hold a paint surface. Varnishes are likely to fail early since they do not filter out the radiation. Dark paint colours will also absorb more radiation and should be avoided in south-facing locations.

Existing paintwork in fair condition can be simply rubbed down with a top quality abrasive. Any paint that’s loose or in bad condition will need to be removed by either scraping or with a heat gun back to a firm edge. It isn’t needed to remove paint that’s in fine shape.

Wood that is weather damaged (usually grey in appearance) will need to be sanded back to a new surface if possible. Treat any bare wood with a practical preservative and leave to dry before priming.

Concerning finish the oil based systems can give a high sheen or glossier finish but in terms of performance the low-sheen water based alternate options can perform better.

In 1984 the Building Research Establishment (BRE) executed several trials to ascertain the performance of exterior paint systems for outside timber. Surprisingly they found that water based paints systems performed far better over time than conventional oil based paints and low sheen finishes performed the best.

Paints called microporous, moisture permeable or breathable claim to allow water trapped in timber to leave as a vapour and so improve the performance of the paint systems. There is, however, little proof to suggest that ‘breathability’ is the big element at work. These systems do indeed work well but mainly because they have been created for external use with a balance of properties which include increased flexibility, adhesion and fungal resistance.

Which Paint To Choose For Exterior Woodwork?

The system you opt for will in most cases be determined by convenience and/or your budget. Water based paints are usually much easier to use and can be re-coated after a couple of hours. Oil based paints will deliver a traditional glossy finish but can be time-consuming and require more thorough preparation.

Premium branded paints, such as Dulux Weathershield, specially produced for exterior use will always perform best but can be costly compared to traditional alternatives. Having said that, it will often be a false economy to try to spend less on materials because even though the initial result can be identical it will commonly mean you have to repaint more frequently according to the chaps at Adstyle who recently completed an exterior painting project in Gateshead for a commercial property. 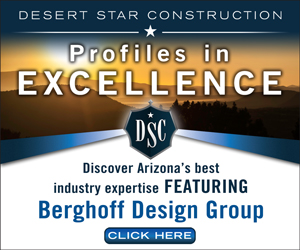 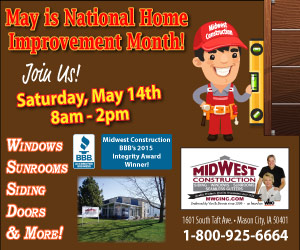